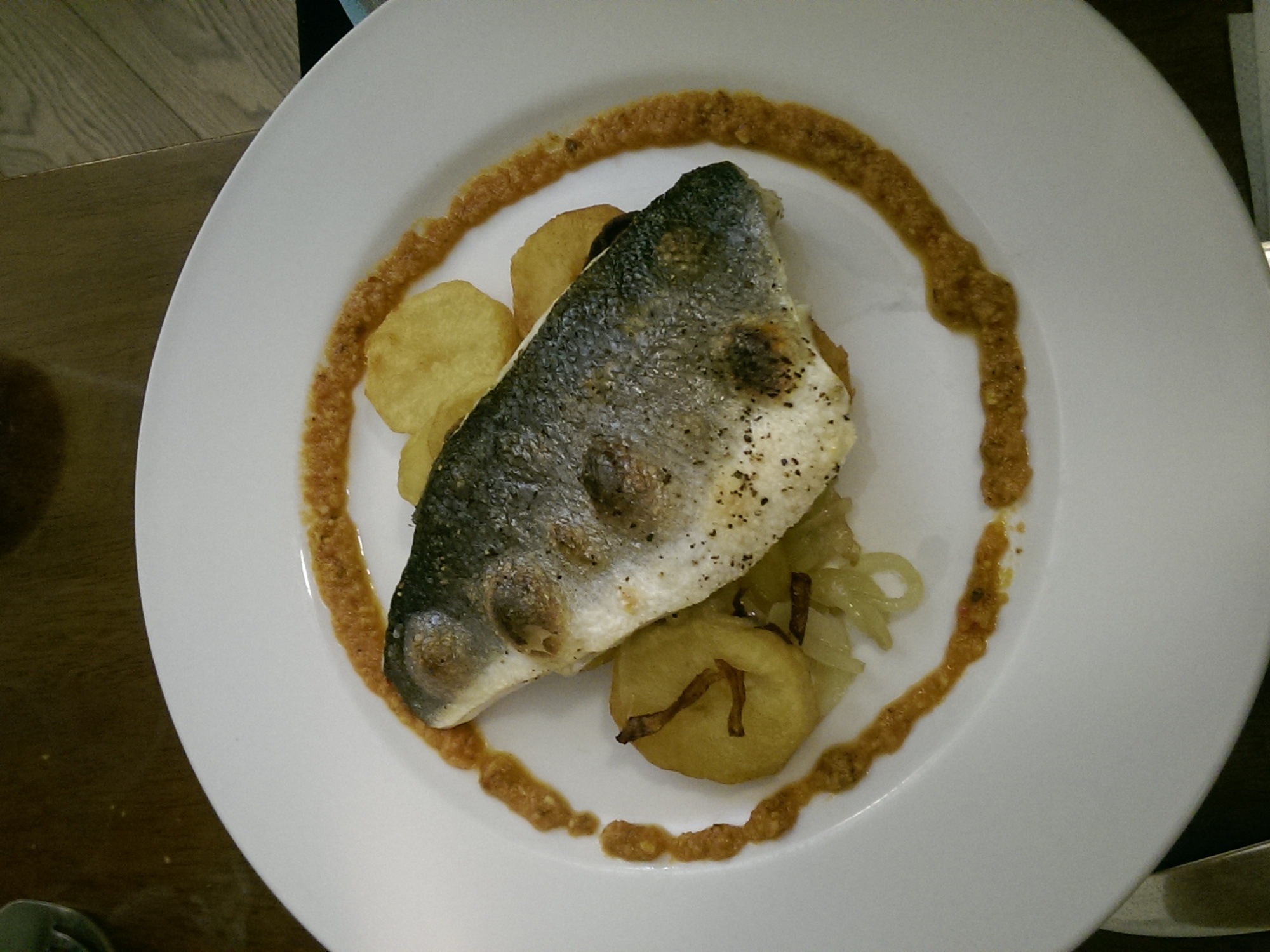 Spoon’s been around for three years but, I must confess, I’d never stepped foot in it until my move to S8. I’ve been working hard to make up for lost time since and the café bistro has easily become our go-to place.

Three recent weekends on the trot, we hosted visiting friends and family, all really keen to see us and check out the new house after an agonisingly long and turbulent move process. Three weekends in a row we took visitors to Spoon. Two Saturday dinners then Sunday brunch; all our guests have been really impressed, as have we.

Spoon is a fairly unassuming place, tucked slightly back from the road on Abbey Lane, at the Woodseats end. It seats just 24 or so people and feels very intimate and neighbourhood-y (I’ve decided that’s a word). It’s run by a husband-and-wife team of Jules and Jo; Jules’ relaxed front-of-house style and friendly banter puts you at ease as soon as you step into Spoon’s warm glow.

It’s unpretentious inside and out, with spoons providing the main decorative touches. There’s a great display of cookbooks by the front door which are nice to sit and read through over a cake and coffee, as I’ve done one Saturday afternoon there.

Proving their Sheffield credentials, there’s a line-up inside of all the special edition bottles of Hendo’s over the years.

They’ve a nice little menu in the evenings, which will set you back just £18.50 for three courses. If you can’t manage three, then their pricing per course is £5 for a starter, £11 for a main and £5 for a pud. But the three courses is such good value, it seems rude not to!

As well as the nine mains on the menu, there’s a frequently-changing specials board too.

I’ve decided to tell you about Spoon on the weekend my Dad came to see us, only because I appear to have taken the most photos of that visit to Spoon. Know, though, that the place has been consistently excellent every time and I’d not hesitate to take anyone there.

We all went for the £18.50 three course option. For starter, two of us chose the goat’s cheese crostini with balsamic onions:

It was delicious. A really generous slab of goat’s cheese atop fresh crusty bread. I’m salivating slightly as I recall it.

Dad had the sautéed mushrooms and thyme starter, which was served on toasted granary and liberally garnished with big chunks of Yorkshire blue cheese. It looked great (not being a blue cheese fan, I refrained from sampling) and the clean plate left behind spoke volumes:

Then it was onto the mains. The others had selected the grilled sea bass fillet, which came with Lyonnaise potatoes and a red pesto dressing (Spoon’s red pesto is amazing, FYI). I tried a bite of this and found the fish to be perfectly cooked, with skin that was crispy in places but delicate, fall-apart flesh. The potatoes were lovely with it, too:

My ham hock hash cake was beautiful. It was an island in a sea of creamed leeks, and very nice they were, too. Greedy diners take note, the leeks are piping hot! Yours truly was a bit too keen at first and burnt my mouth a bit. But they were worth it.

The poached egg with a runny yolk was exciting to break into and watch ooze over the ham hock cake. Inside the cake were decently-sized chunks of ham, well-seasoned and robust. The recipe for this was recently published in the Sheffield Telegraph, but I just know I couldn’t do it justice. I’ll be ordering it several more times before I’m bored of it.

Now, really, we ought to have been too full by now to even contemplate dessert. However, the pudding menu was literally calling my name. Plus, it was only a short roll home, so we went for it.

The sticky toffee pudding was everything you’d want it to be: gooey, warm and comforting, with a gorgeously rich sauce covering it. The silly ramekin thing the Our Cow Molly ice cream came in annoyed me (irrational, I know) but it wasn’t in there for long.

Meanwhile, the white chocolate and raspberry cheesecake was a hit elsewhere on the table. Generous, well-presented portions were served and duly devoured. I was allowed a nibble on one and can see why it was such a hit.

Whether Spoon’s on your doorstep or slightly further afield, it’s well worth a visit. Their Thursday pie night is next on my list, where no doubt the two pies and two glasses of wine for £20 will be excellent as well. I feel so fortunate to have Spoon moments from home. You can take children, you can turn up in jeans, you can spend less than £25 a head and have three courses and a large glass of wine (£23, to be precise).

It’s been a worthy winner/runner up of Eat Sheffield awards over the past few years and I hope Spoon continues to succeed.  There’s nothing I’d change about it.

🤍🤍 Big love, Steel City 🤍🤍
Well. I wish I'd done that sooner. A very long overdue visit to @_butta_la_pasta on London Rd last night absolutely knocked my socks off.
Name a dessert you could eat every time and never get bored? I'll go first: crème brûlée.
OMG a weekend day without rain! 😱 We actually sat outside at @harley_cafe to enjoy our lunch today in the mild November weather.
ad // Last weekend I rounded up a couple of my oldest friends and we headed over to @silversmiths_restaurant for a long-overdue catch up (thanks, panny d!) while we checked out the bottomless brunch menu.
Adulting has been a LOT this week. Had to be pancakes for tea 👌 anyone else love a little breakfast for dinner action (brinner)?
Loading Comments...
%d bloggers like this: